Australia, consists of the mainland of the Australian continent, the island of Tasmania, and numerous smaller islands. According to its surface, it is the sixth largest country in the world. It is located in Oceania and is regarded as the largest country in that area. The neighboring countries are Papua New Guinea, Indonesia, and East Timor to the north; the Solomon Islands and Vanuatu to the northeast; and New Zealand to the southeast. The main population of 25 million is mostly located in urban areas and heavily concentrated on the eastern seaboard. Australia's capital is Canberra, and its largest city is Sydney. The country's other major metropolitan areas are Melbourne, Brisbane, Perth, and Adelaide. 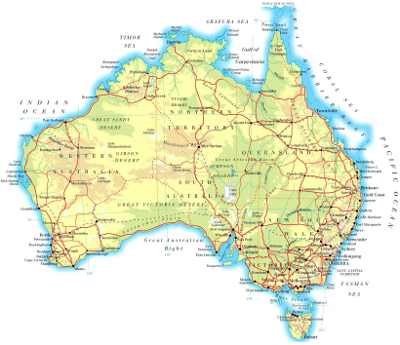 Candidates for a work and holiday visa need to provide a letter of government support which includes consent to their stay in Australia under the terms of the arrangement. This letter of support is issued by the National Youth Service (Service national de la jeunesse - SNJ). Please send your request by email or post at the following address: