Taiwan, officially the Republic of China (ROC), is a state in East Asia. Neighbouring states include the People's Republic of China (PRC) to the west, Japan to the northeast, and the Philippines to the south. The landscape is dominated by mountain ranges in the eastern part of the country and by plains in the western part, where its highly urbanised population is concentrated. Taipei is the capital and largest metropolitan area. Other major cities include Kaohsiung, Taichung, Tainan and Taoyuan. With its 23.7 million inhabitants living on a surface of 35,808 square kilometers, Taiwan is amongst the most densely populated states, and is the most populous state and largest economy that is not a member of the United Nations (UN). 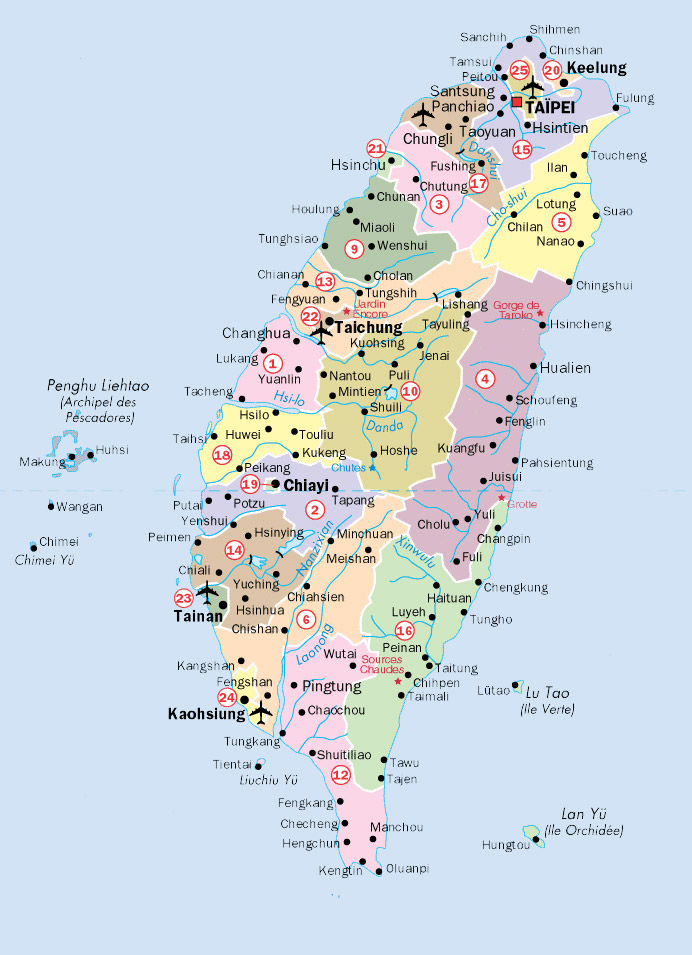